It is not always easy to date antique jewellery if it does not have a hallmark, and so much of it doesn’t as it was not a requirement in most countries. So what things can help you identify when a piece of jewellery was made in the absence of a hallmark?

Jewellery findings, that is, the hooks, clasps, pins and hinges that are used to make the piece of jewellery wearable, are an important aid to dating jewellery. These findings were often protected by registering a patent which allows us to date when a fitting was first used. US patents are available online while UK patents are not yet searchable online so the ones I will be talking about below are US ones. A patent protects the development of a new and novel method of doing something. There are patents still being lodged today for new ways of doing up a bracelet or a necklace, for faceting a gemstone, for treating a gemstone to enhance its appearance, and for production of a new synthetic gemstone.

What I thought I would focus on today are patents for earring findings. They are particularly useful for dating purposes, as their evolution is well documented, although they are also easy to change as fashions change. Earring findings stayed pretty much the same for centuries, based around pierced ears. The hooks might be long ones, short ones or might pass through the earlobe from the front rather than the back but they all involved a hole in the ear. However, due to the weight of some earrings which disfigured earlobes, there were various attempts by jewellers in the 19th century to work out how earrings could be worn without ear piercing. The patent below is from 1858 and shows an earring being hooked inside the ear, with a clasp holding onto the outside of the lobe. 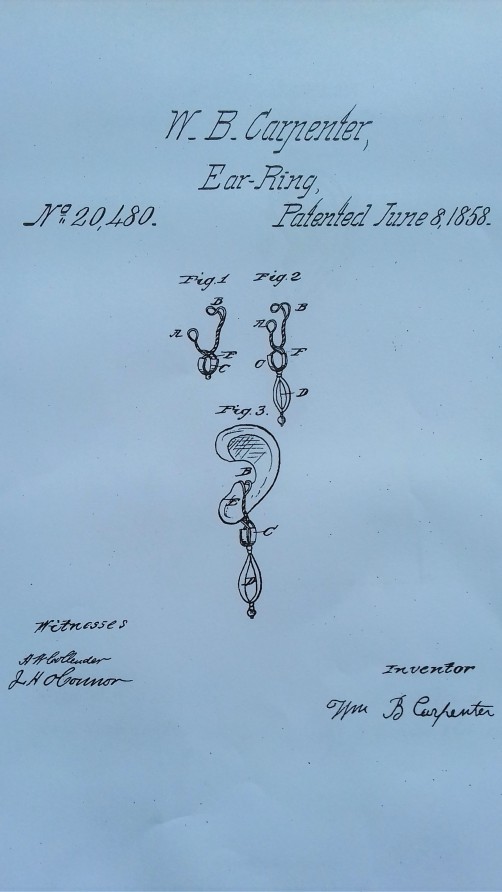 The next patent, from 1869, shows a hook looping over the top and back of the ear, coming around to rest against the front of the lobe. 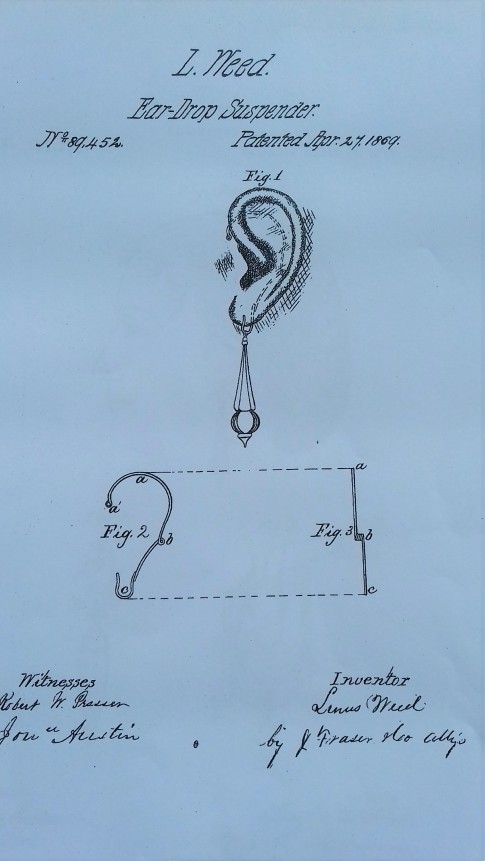 In 1877, Louis Weed patented a finding that clipped onto the earlobe, with a safety chain being looped into the hair. 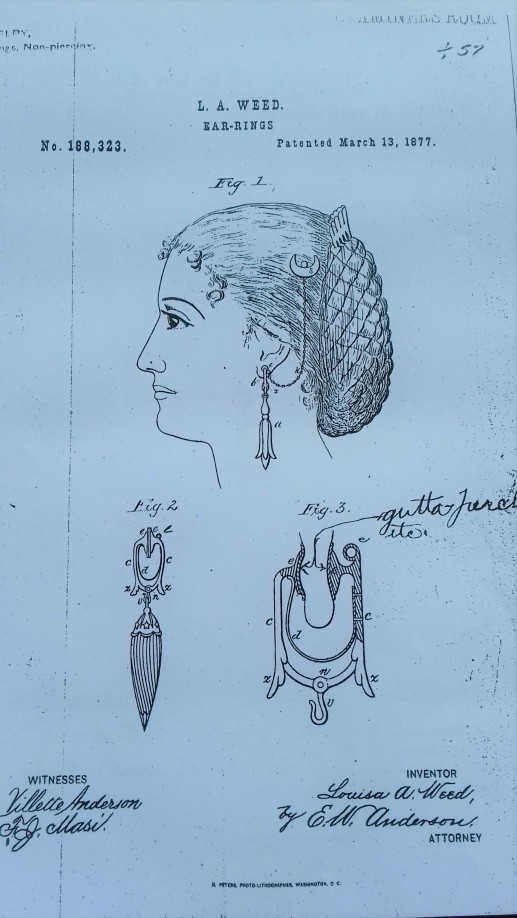 But it was in 1894 that George Tilford and Arthur Bennett finally patented a finding that resembles the u-shaped screw attachment that was to become popular in the 20th century. 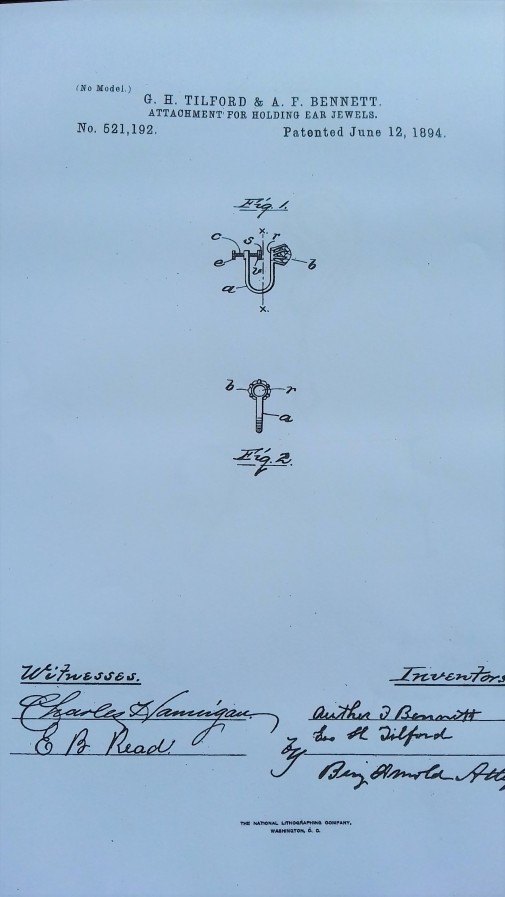 Despite the Tilford and Bennett patent and those that followed on into the 1900s, screw findings for non-pieced ears did not gain much traction until the beginning of the  second decade of the 20th century.  Part of the reasons for this take up of the screw attachment from about 1909 and onward been attributed to the rise of both suffragettes and socialism. The suffragettes saw ear piercing as a society-imposed constraint like tightly laced corsets while socialists, like the Austrian Adelheid Popp, labelled pieced ears as frippery.

Later  20th century patents for earring findings included the post and butterfly clasp (the 1920s), clip-ons and screw-ins (the 1930s) and the omega back (the 1960s). Thankfully, though, pieced ears are back in fashion.